Former UFLAC President and current LAFD Captain II Frank Lima has won a historic election to serve as the next General Secretary-Treasurer for the International Association of Fire Fighters (IAFF). With his victory, brother Lima is the first LAFD / Local 112 member in history to win an election to serve as a principal officer with the IAFF.

In a crowded three-person field Frank Lima captured more than 70% of the vote, defeating a fire chief from the FDNY and the former Secretary-Treasurer of the Washington State Professional Firefighters.

Frank Lima served as the President of UFLAC Local 112 for four years from 2012 to 2016. For the past four years, he has served as the elected 10th District Vice President of the IAFF where he represented all professional firefighters in the states of California, Arizona, Hawaii and New Mexico in addition to the territory of Guam. In his role as the 10th District Vice President, Frank was instrumental in helping the LAFD receive nearly $26 million dollars in federal grants through the SAFER program and other FEMA related opportunities. 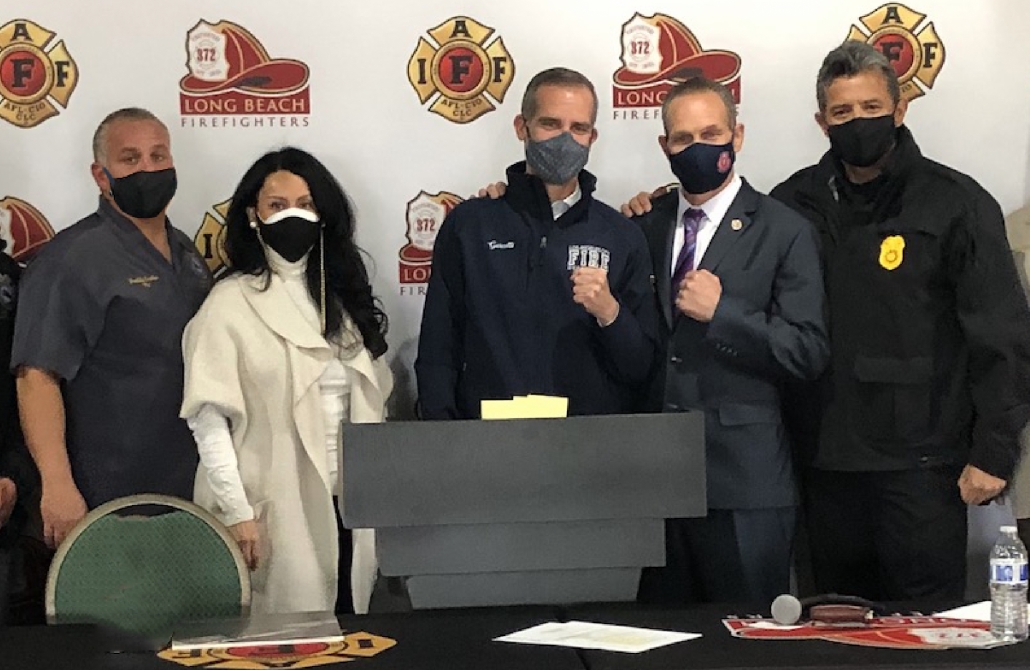 On Wednesday, March 10th, Frank was sworn in as the next General Secretary-Treasurer for the IAFF where he will be the number two principal officer in our international union representing more than 320,000 professional firefighters in the United States and Canada. At his swearing in ceremony Los Angeles Mayor Eric Garcetti, City Council President Nury Martinez, City Councilmember Marqueece Harris-Dawson, and Fire Chief Terrazas joined the UFLAC Executive Board to commemorate this very special occasion.

We wish our brother Frank Lima all the best and look forward to his continuing work to benefit the LAFD and Local 112 members.