Local 112 Sisters and Brothers,
The United Firefighters of Los Angeles City (UFLAC) Elections Committee met on August 23rd at the union hall to plan for the upcoming Executive Board and Negotiating Team elections. Several of our long-standing Election Committee members have recently retired and took a lot of institutional knowledge with them. The election committee will be the following members:
•  Martin Gutierrez and Frank Lima (Co-Chairs)
•  Ian Soriano
•  Larry Lee
•  Dwight Sankey
•  Shane Hirsch
•  Miguel Guerrero
The goal of the Election Committee is to be compliant with the Constitution and By-Laws of UFLAC Local 112, the International Association of Fire Fighters (IAFF), and the United States Department of Labor (DOL) voting provisions. The Elections Committee will be working independently from the Executive Board ensuring full transparency to the Membership. The Elections Committee will provide integrity to the election process and democracy of our labor organization.
The Elections Committee will be hiring (as has been the UFLAC past practice) a professional election company that will oversee all the actions of the election committee, count all the votes in a voting machine, with a judge as witness. All candidates will be allowed to witness, or have their designee witness the vote counting process in person in November.
On September 21, 2022, there will be a Special Meeting regarding the nominations for Union Officers and Negotiating Team. All nominations will be accepted if there is a motion that is properly seconded at the Union office. The Special Meeting will begin at 0800 hours prior to the General Membership meeting at the Local 112 union hall.
Now more than ever we need to be involved in and supportive of our Union. This is an opportunity to help shape the future of the Union and the Fire Department.
To make sure that you receive your mail-in ballot, check to see if UFLAC has your correct address by going to UFLAC.org or calling (800) 252-8352 ext 1.
Qualifications for office or President, 1st Vice President, 2nd Vice President, Secretary and Treasurer – must be active member of the L.A.F.D. and a member in good standing of this Local for at least two consecutive years immediately prior to nominations.
Director (5 positions) and Negotiating Team (4 positions) An active member of the LAFD the LAFD for at least one year and a member in good standing of this Local at the time of nominations.
No Los Angeles City Fire Department Chief Officer or Management employee shall be eligible to serve on the Executive Board (in accordance with UFLAC Local #112, Constitution and By-Laws, Article V, Section 1 – revised 2017).
All members of the uniformed forces of the City of Los Angeles Fire Department holding any rank within the City of Los Angeles’ Firefighters and Fire Captains Representation Unit are eligible to vote (in accordance with UFLAC Local #112, Constitution and By-Laws, Article II, Section 1 – revised 2017).
For detailed information, please view the UFLAC Constitution and By-Laws by clicking here or by scanning the QR code below:
Article V – Officers and Elections
Article VI – Duties of Officers
Article VII – Delegates and Alternated to Association Conventions 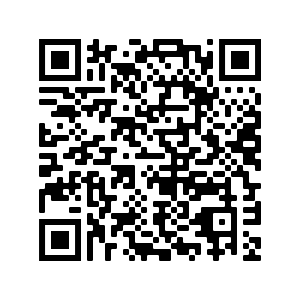