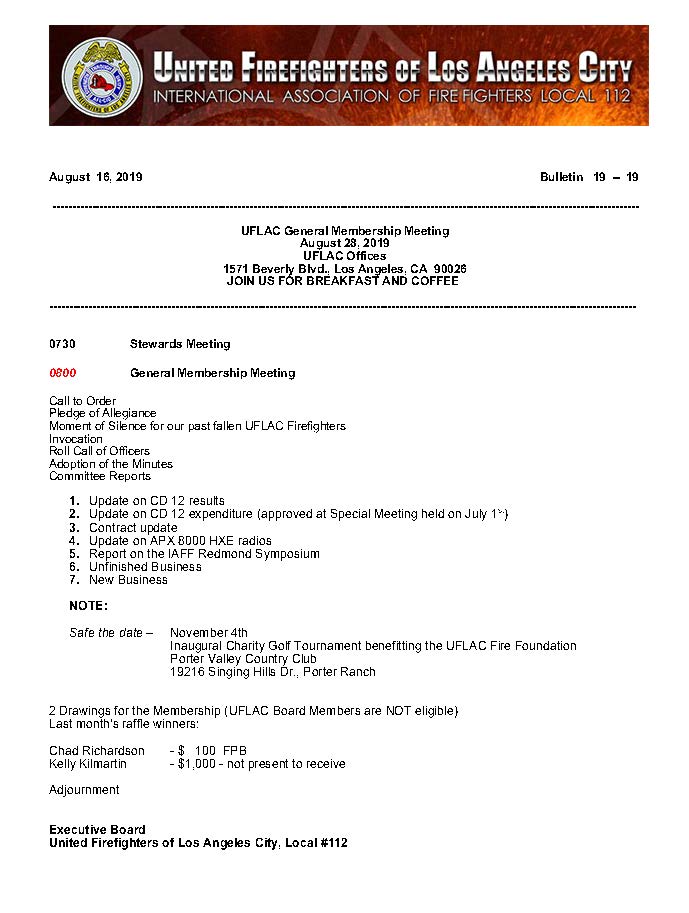 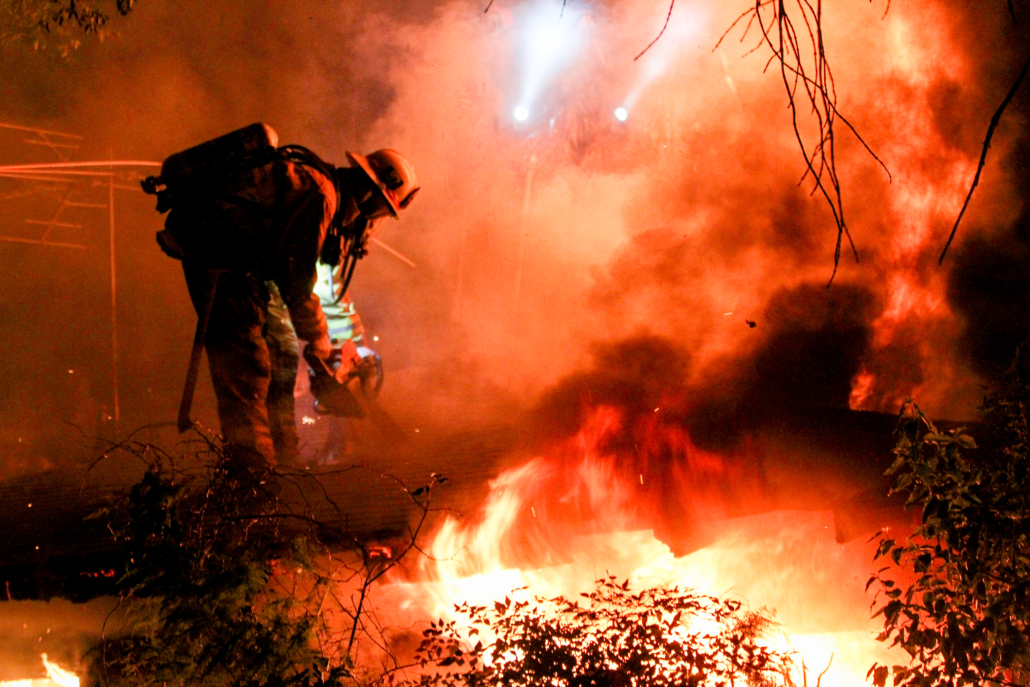 “Stress In The Fire Service”

Please consider taking this 10-minute online survey will consist of answering questions about your knowledge and experience of stress in the fire service. Participant and survey information will remain confidential, and only members of the research team and the University Southern California’s Human Subjects Protection Program (HSPP) may access the data. The HSPP reviews and monitors research studies to protect the rights and welfare of research subjects.

UFLAC has approved this survey for LAFD members, and if you are interested in participating in this research study please follow the link below:
https://usc.qualtrics.com/jfe/form/SV_7VBTxFy7oX3J9Ah

2 Drawings for the Membership (UFLAC Board Members are NOT eligible)
Last month’s raffle winners:

The results are as follows:

We wish to thank all those who took the time to come in and cast their vote. 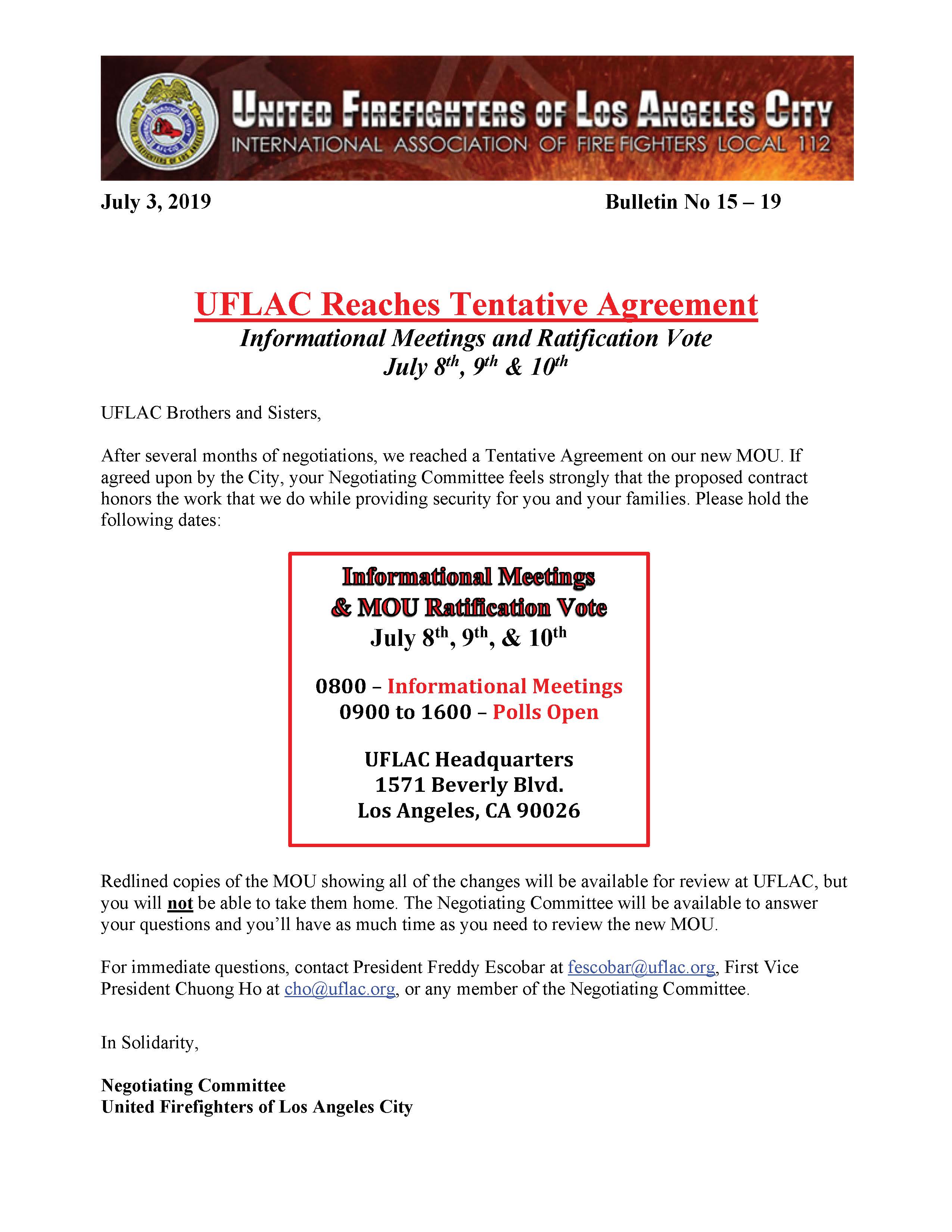 The Primary Election for the open, vacant City Council District 12 seat was held on Tuesday, June 4th and 15 candidates were in the race. Two candidates emerged to become the top two vote getters in the race and face one another for the General Election on August 13, 2019.

These two candidates were Loraine Lundquist and John Lee.

This will be an incredibly important election for the future of Los Angeles and for the Los Angeles Fire Department. At a recent meeting that was open to ALL members who were interested in hearing from the two run-off candidates, it was determined by a vote of the membership that the decision to make a possible endorsement in this runoff election  would be delegated to the UFLAC Political Action Committee (PAC) which consists of Chairman Freddy Escobar, Chuong Ho, Domingo Albarran, and Frank Lima.

On July 1, 2020 we will be hosting a Special Meeting where members will have the ability to decide if they are willing to authorize UP TO $250,000 on this runoff election on August 13th in support of the candidate that the PAC Committee decides to endorse. Both candidates have informed us that the UFLAC endorsement is their top endorsement and that if they were able to secure our endorsement, they feel comfortable that they would win this race. If we were to not only make an endorsement, but also spend a decent amount of money supporting our candidate, we feel comfortable that we will win this election and have a true ally on the LA City Council in District 12 for many years to come.

Feel free to come to this meeting and ask the hard questions and hear from your UFLAC PAC Committee Members. This is going to be an incredibly important election and we want to hear from all of our members.

JOIN US FOR BREAKFAST AND COFFEE

2 Drawings for the Membership (UFLAC Board Members are NOT eligible)

Only 50 votes separated the top two candidates from the Primary election. It is expected that the General Election for this critical seat on the City Council will be an extremely close and hard fought election.

UFLAC decided to make NO ENDORSEMENT for the Primary. Now that the top two candidates have emerged, we will interview them once again and vote to possibly make an endorsement in this race for the General Election.

The endorsement of United Firefighters of Los Angeles City has been the single most coveted endorsement that all candidates for political office in the City of Los Angeles strive to obtain. The political power of our union is based in large part on our endorsing and supporting candidates for Los Angeles City Council and the three citywide offices (Mayor, City Attorney, and City Controller) who have made the LAFD and public safety a top priority as elected officials.

All members in good standing are invited to participate in our candidate interviews for this Runoff Election. These interviews will be held on Friday, June 14th. Here is the pertinent information for our endorsement interviews:

9:30 am – Internal Briefing conducted by UFLAC PAC Committee and our political consultants

10:00 am – Interview with Loraine Lundquist

11:45 am – UFLAC member discussion and possible vote to make an endorsement

All members who attend BOTH candidate interviews will be eligible to make a vote for a possible endorsement. Lunch will be provided to members who attend. For more information feel free to contact UFLAC PAC Chair Freddy Escobar or any of our UFLAC Executive Board Members.

On May 2nd at the Los Angeles Fire and Police Pensions (LAFPP) meeting, the Pension Commission Board voted to increase the medical health subsidy for non-Medicare retirees by 5.5%. This vote will raise the retiree subsidy from the current maximum of $1,725.39 per month to a maximum of $1,820.29 per month. The increase will become effective on July 1, 2019.

“The Board is authorized to make discretionary changes, on an annual basis beginning in 2006, to the maximum monthly subsidy, so long as no increase exceeds the lesser of a 7% increase or the actuarial assumed rate for medical inflation for pre-65 health benefits established by the Board for the applicable fiscal year.

Councilman Paul Krekorian has represented the 2nd District on the Los Angeles City Council since his election in 2009. In addition to his work citywide and in the valley serving North Hollywood, Studio City, Sun Valley, Valley Glen, Valley Village and Van Nuys, Paul serves an important role as Chair of the Budget and Finance Committee where he has supported UFLAC and our Department in the budgetary process.  Councilman Krekorian also serves on the Executive Employee Relations Committee and is a Board member of the LA County Metropolitan Transportation Authority, Metrolink and the San Fernando Council of Governments.

Prior to his City Council duties, Paul served on the California State Assembly from 2006 up until 2009.  For these three years, Paul led the Assembly Select Committee on the Preservation of California’s Entertainment Industry. He also chaired the Assembly Select Committee on Renewable Energy. During his last year on the Assembly he served as the Assistant Majority Leader. Prior to serving on the Assembly, Krekorian served as President of the Burbank Board of education while simultaneously serving as President of the Five Star Education Coalition. Krekorian practiced law as a partner in the firm of Fisher & Krekorian and was an organizer for Bill Clinton’s 1992 and 1996 presidential campaigns. Krekorian attended University of Southern California, obtaining his B.A. in political science before earning a law degree from the University of California, Berkeley School of Law.

2 Drawings for the Membership (UFLAC Board Members are NOT eligible)